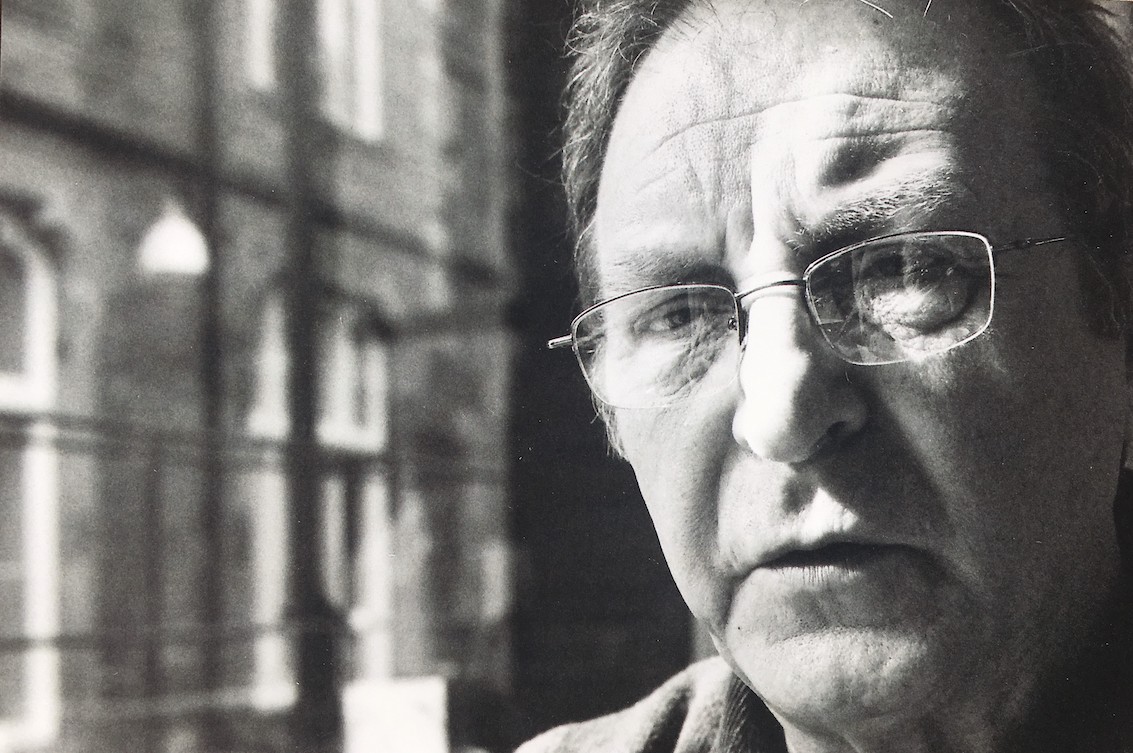 Bill Scott was a prominent and respected member of the artistic community in Scotland. A gifted and distinguished sculptor, he also held influential positions in educational and professional bodies. At the time of his sudden death, he was serving president of the Royal Scottish Academy, chairman of the Edinburgh Sculpture Workshop and was completing a major new sculpture.

He was born George William Scott in Moniaive, Dumfriesshire, and educated at Dumfries Academy. On his own initiative, he applied to Edinburgh College of Art, where he studied from 1953 to 1959, and where the late Ann Henderson was an important influence.

He then spent a year at the École des Beaux-Arts in Paris. His first job was in Fife as a secondary school art teacher. In 1961 he married Phyllis Fisher, also from Dumfriesshire, and they had three children. His family was to be the solid foundation for his busy professional life.

In 1961 he joined the staff at Edinburgh College of Art, where he remained until 1997. He was head of Sculpture from 1989 and, in 1994, was appointed a Professor in the Faculty of Art and Design, Heriot-Watt University.

Throughout this time he continued to develop his work in sculpture, drawing and collage, and to exhibit widely. In 1994 he had a major show in the Talbot Rice Arts Centre, Edinburgh. He also found time to be an active member of the Royal Scottish Academy, to which he was first elected in 1973, becoming an Academician in 1984.

He was a member of the board of the Fruitmarket Gallery from 1980 to 1990, and a member of the faculty of the British School at Rome from 1985 to 1990. He was chairman of the Awards Committee of the Scottish Arts Council from 1987 to 1990 and, from 2000, served on the committee of the Edinburgh Visual Arts and Crafts Award Scheme.

His influence as head of sculpture at Edinburgh College of Art was far-reaching. He encouraged students to trust their own ideas and directions, giving them the confidence to be ambitious.

He introduced a variety of visiting lecturers from abroad, widening the school’s horizons. He substantially increased the number of postgraduate students, including a sizeable proportion of foreign applicants.

He continued to support his students after graduation through his friendship and in practical ways. He was friendly and sociable, and, being interested in people and ideas, enjoyed lively debate with his students, and other friends and acquaintances, over a cup of coffee or a glass of beer.

In 1999, following retirement from the college, he became the chairman of the Edinburgh Sculpture Workshop (ESW), an organisation providing studios, technical support and a forum for sculptors, including many young artists.

He believed the ESW should build its own, new building rather than reusing an old one, thus providing better facilities, and sending a confident message about the place of sculpture in our society.

Through his tireless efforts and those of the staff and members of the ESW, and the generosity of the Lottery Fund and various sponsors, £3.5 million was raised for the new building (which is now nearing completion) with an additional £3m awarded by the Scottish Community Foundation to build an adjoining “Creative Laboratory” for the development of ideas about sculpture and related subjects.

In his typically democratic way, he took part in the regular activities of the workshop, including seminars and exhibitions.

In 2011 he exhibited with a group of members, all considerably younger than himself, in Material Rites, held at the Royal British Society of Sculptors in London (of which he had become a Fellow in 1968), and at the Inspace Gallery, University of Edinburgh.
In 1997 he was elected secretary of the Royal Scottish Academy and, in 2007, he became the first sculptor in its history to be elected president.

He assumed office at a time of change. He was committed to the transition from the annual open students’ exhibition to the New Contemporaries, an annual selected show of work by recent Scottish graduates in art and architecture; and to changes in the format of the Annual Exhibition.

He encouraged the expansion of the temporary exhibitions programme, and the increased role of the RSA in the awarding of artists’ residencies.

He was involved in forging international connections and, in 2011, he was part of a delegation visiting the Chinese city of Chengdu, where the RSA is partner in the creation of a “Scottish Cultural Village”. He was also a regular exhibitor at the RSA.

Throughout his life, in spite of many commitments, he continued to develop his own work. He is probably best known for his constructed sculptures in various materials, but he also made modelled figures (cast in bronze) and carvings.

Drawing remained important for him, as did the use of colour in both sculpture and collage. He made commissioned work (his head of the poet Sorley Maclean from 2003 is one of the Edinburgh Park Poets), and exhibited widely in Britain and abroad.

The subject of his work was how people relate to their environments, and their interaction with the spaces they occupy, the objects that surround them, and with external ideas and events. A recent series of large and small constructions was titled Measuring Personal Space, and includes his most recent sculpture, which will be exhibited at the RSA Annual Exhibition opening on 28 April.