He succeeded to the title of the 14th Earl of Home on the death of his father in 1951 but renounced the earldom to be Prime Minister in 1963. He was made a life peer on retirement from active politics in 1974 choosing the title Lord Home of the Hirsel.

The full-sized portrait in bronze depicts him at at the time he was Prime Minister at approximately sixty years of age and was created from photographs provided by his family.

The figure is erected in the centre of a shaped paved area and surrounded by various sculptured stones giving material reality to some aspects of his varied life including:

The portrait was modelled by Bill Scott and the bronze cast made by John Brazenall using a resin sand process. The urn and map stone were carved by Kenny Munro. Other carvings were made by Bill Scott, John Hunter and Angela Hunter. The lettering was by Bill Scott and Fly Freeman. 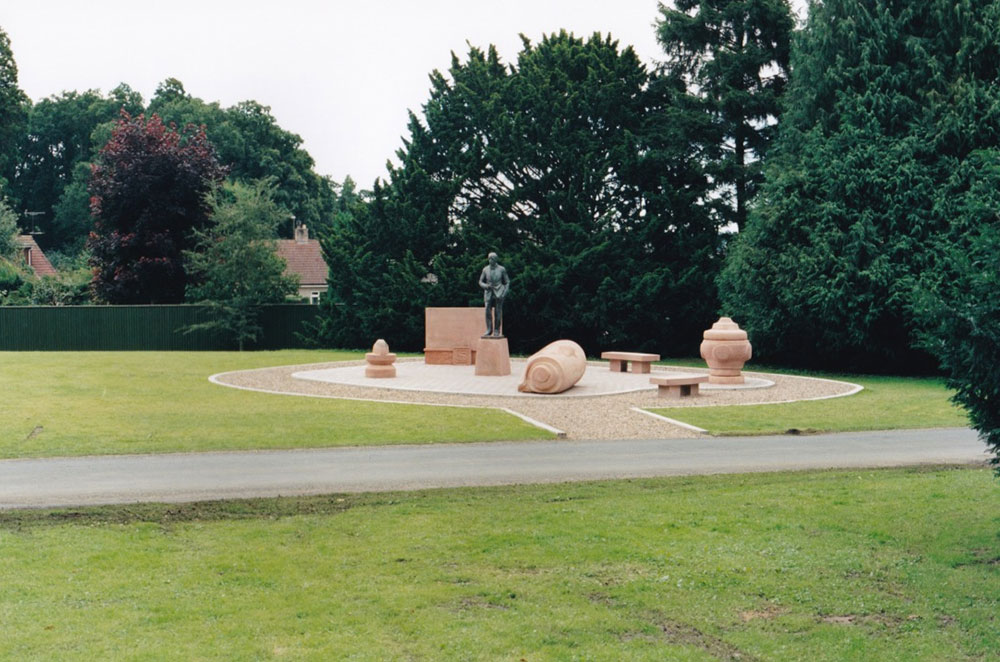